I got to see My Toronto Maple Leafs play at the ACC!!

Last night, I was very lucky to get tickets to watch my Leafs play the New Jersey Devils.  It was an amazing night and game.  I have to say, I was really impressed with the pre game ceremony that they had for the veterans and for the inductees for the Hockey Hall of Fame.  I have to mention Mark Fraser who we all know plays for the Leafs.  His grandfather is a veteran!?!  It was nice that the Leafs mentioned Mark's grandfather.  I was also blown away to see some of the kids they had as guests from Sick Kids Hospital.  Little Aiden, brought down the house!!  He was so cute and to hear him say " Excuse me, Mr. Hockey Player, I want to see myself on TV. " was priceless.  I have to say this organization made those kids so happy and you can not put a price on a smile from a child's face.  Good job BUDS!!

The night was great.  I was on the jumbo tron briefly lol.  Hey, it was amazing!! I did feel sorry for one girl, whose boyfriend thought it was funny to do a fake proposal in front of ACC.  That poor girl, she was so embarrassed and let's just say, they left right after.  That boy did not get any action last night. LOL.  What were you thinking?? She thought she was getting a proposal and ring?!  Guys, not funny to embarrass your girl like that in front of a bunch of strangers.  I hope, those two worked it out.

The game was exciting and for it to go into a shoot out and to get that victory, made it worth the price of the ticket! I remember as a teenager sleeping outside for tickets just to see my boys in blue play.  Thank God, I now have a connection who has season tickets!! hahaha.

Toronto Maple Leafs, you played well last night.  You had all of us fans on our feet! The guy next to me dropped beer all over the person in front of him but you had him on his feet. LOL.  Great game boys, let's do it again in Boston tonight!!! PLEASE, let's beat the bruins!!!! :)

Until next time boys and girls., " remember to always just be yourself.., it will eventually pay off..." GO LEAFS GO!! GO LEAFS GO!!! Love you TML <3
(c) justbeingmeluvuholts

Here are some pics from last night.. 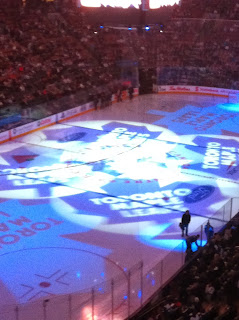 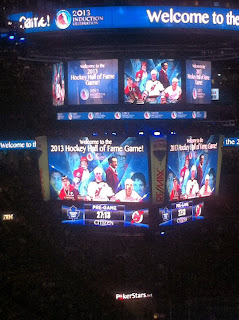 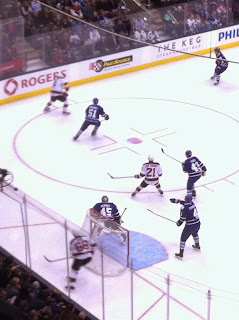 That's Me in my Leaf Tee.. LOL 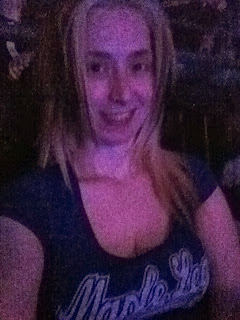