"Hey...Mrs. Carter" Queen B was in Toronto last night!!

Last night, I had the privilege of seeing the Mrs. Carter World Tour.  It was a great show.  She had many wardrobe changes and the dancing was amazing.  The all girl band was beyond incredible and Queen "B" had us all on our feet all night.  This is my first time seeing Beyoncé live, and I have to say I was expecting more singing and less dancing.  Don't get me wrong, I am not complaining, it's just I really wanted to hear more of "B".

The night started off with her opening act Luke James. The man needed a cold shower before he started the show.  He must have touched himself so many times, I lost count.  At one point, he took off his shirt and everyone laughed.  I think, your suppose to get cheers at that point. LOL. The poor little girl who was sitting behind me, she screamed "iLLLLLLLLL" and covered her eyes.  The best part of his act was when he thanked God, and left the stage.  We all thanked God, when he got off that stage.

The show started with a bang.  A HUGE bang. LOL.  Mrs. Carter, had lights, fireworks and 10 lady  dancers. Yes, I counted the female dancers. Hahaha.  My favorite part of the show was when she showed a picture of her daughter, Blue Ivy.  That little girl my friends, is really cute.

Beyoncé rocked Air Canada Centre last night singing, " Crazy in Love,  Run the world (girls), Irreplaceable, Survivor and my favorite song was Naughty Girl ".  The encore Halo was done beautifully.  My only complaint is that it seemed like a really short concert.  I wanted more of QUEEN B!!!! I missed the Leaf game for this concert. LOL. "B", I wanted to hear more of you!

I think we all were expecting JAY Z to make an appearance, maybe, say a quick hello to Toronto!! Unfortunately, she had no surprise quests and the wine we were drinking was finished quickly. LOL.

Here's to the Mrs. Carter WORLD Tour.  I enjoyed it immensely and can not wait for the next time I see Beyoncé live.

Until next time boys and girls.., remember to always " just be yourself, it will eventually pay off.."

Some pics from last night's concert: 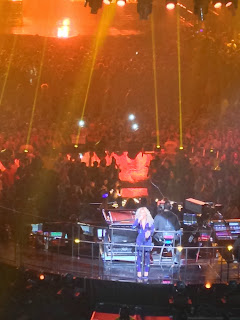 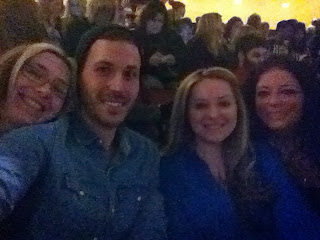 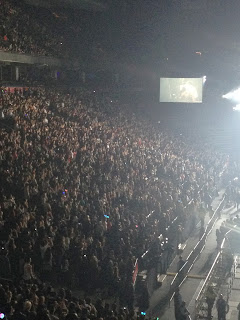 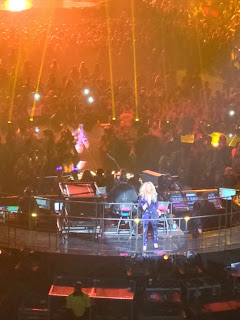